The hottest spot for divers, despite being landlocked 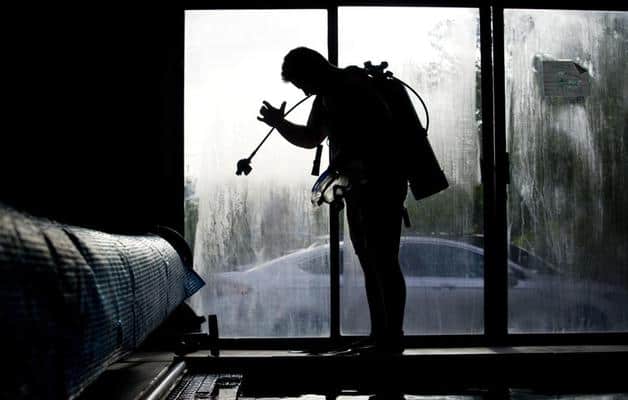 With five national parks and mountains always within view, Utahns are known for their sense of adventure and drive to get out into the wild.

But they’re also known for embracing an activity with little opportunity within its borders — diving.

“It is a bit of a hotbed for diving, as far as landlocked states,” said Dave Mohowski, an owner of Dive Utah in Holladay.

That drive to dive comes from another one of Utah’s passions. The majority of customers entering local dive shops to get certified are preparing to go on vacation.

“We are kind of a cruise ship state,” said Tony Gibson, an owner of North American Divers in Orem.

Getting certified to scuba dive is a process that includes book work, doing dives in a pool and open water dives, which are done at the Homestead Crater in Midway. In addition to teaching classes, North American Divers organizes international diving trips and sells, rents and services diving equipment.

Gibson said the busiest time for classes are in the winter, when customers are preparing to escape Utah’s chilly weather and snow.

Gibson has been diving since the age of 15, when his father, a Boy Scouts of America leader, got the entire Scouting troop certified and took them on a trip to Catalina Island in California. Fifteen years later, Gibson became an instructor and banded together with other diving instructors to open up their own shop.

Getting in the ocean, he said, is like going from watching a play from a balcony to getting a front-row seat to the water’s light and colors.

“You go up to the mountains in Utah and you want to be with nature,” Gibson said. “The ocean is kind of like that on steroids.”

Utah has a handful of diving shops, with two in Utah County. Both Brigham Young University and Utah Valley University offer diving classes to students, which are taught by dive shops.

UVU’s classes are done through Underwater Dynamics in Orem, which is in the process of moving locations.

BYU’s classes are taught by Dive Utah, which also has a location in Ogden. Mohowski said there’s typically about 20 people per class he teaches at BYU.

“When you are looking over the list of fun classes, there’s a lot of fun ones there, but scuba diving definitely stands out,” he said.

The class uses the Provo Recreation Center’s pool for their pool dives and the Homestead Crater for the open water dives.

There are not many diving spots in Utah. Murky water, and a lack of sites, mean that many diving junkies travel outside of the state to get their fix. Sand Hollow Reservoir in southern Utah has a dive park with purposely-sunken items like a Cessna and a Volkswagen bus, and Gibson has dreams of moving to a location with a pool and opening a dive park.

Gibson hopes that those who dive on location keep up with it when they return home.

“It is on everyone’s bucket list,” he said. “Everyone wants to try it.”